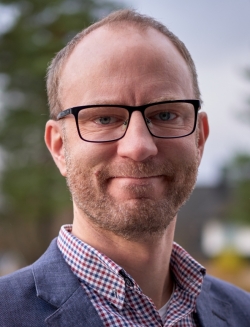 Øystein has been part of DNV's strategic research unit within ship autonomy since 2013 and has more than 15 years of experience of R&D within autonomous maritime technology. Øystein is also a former navigator and commanding officer from the Royal Norwegian Navy. In his current role, he is leading a team of researchers in DNV focusing on how we can make sure autonomous ship technologies are safe to put into operation, and the development of novel assurance tools and processes to enable this. Øystein holds an MSc in Engineering Cybernetics and a Deck Officer Certificate.

How do autonomous navigation systems impact safety and operational efficiency? And how can we verify and document this? These questions are large and complex, and we address them in the “SAFE Maritime Autonomous Technology” research project by DNV, Kongsberg, Bastø Fosen and NTNU. A decision support system for collision avoidance will be implemented and demonstrated on ferry in commercial operation. The system will form its, own situational awareness and suggested evasive manoeuvres will be planned autonomously. The effect on safety and operational efficiency will then be rigorously tested, analyzed, and documented through the use of novel tools and simulators.