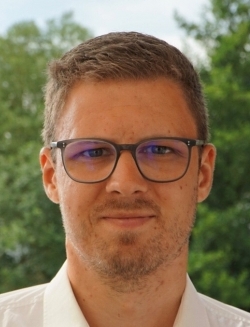 Raffael Naida has been working at ITK Engineering GmbH since 2019. As an engineer in Intelligent Systems, he deals with the subject sensors, simulation, and automation. Besides function development for automation tasks in the domain of off-highway vehicles, his range of tasks also creating sensor concepts utilising sensor simulation as a part of the concept. Mister Naida studied Electrical Engineering and Information Technology at University of Applied Sciences Karlsruhe with a focus on automation.

Nautical assistance systems require precise environmental detection. Sensors such as camera, lidar, radar or sonar serve as eyes and ears, from which a consistent image of the environment is generated. Due to the infinite number of test scenarios, some of which are very critical, simulations and virtual tests are needed for system validation. With highly parallel computer graphics methods simulating a realistic 3D environment for testing highly automated functions is possible. Consistent physically based sensor raw data can be created in real-time using a parameterizable sensor-specific physics model which allows on-the-fly testing of sensor fusion and algorithms.